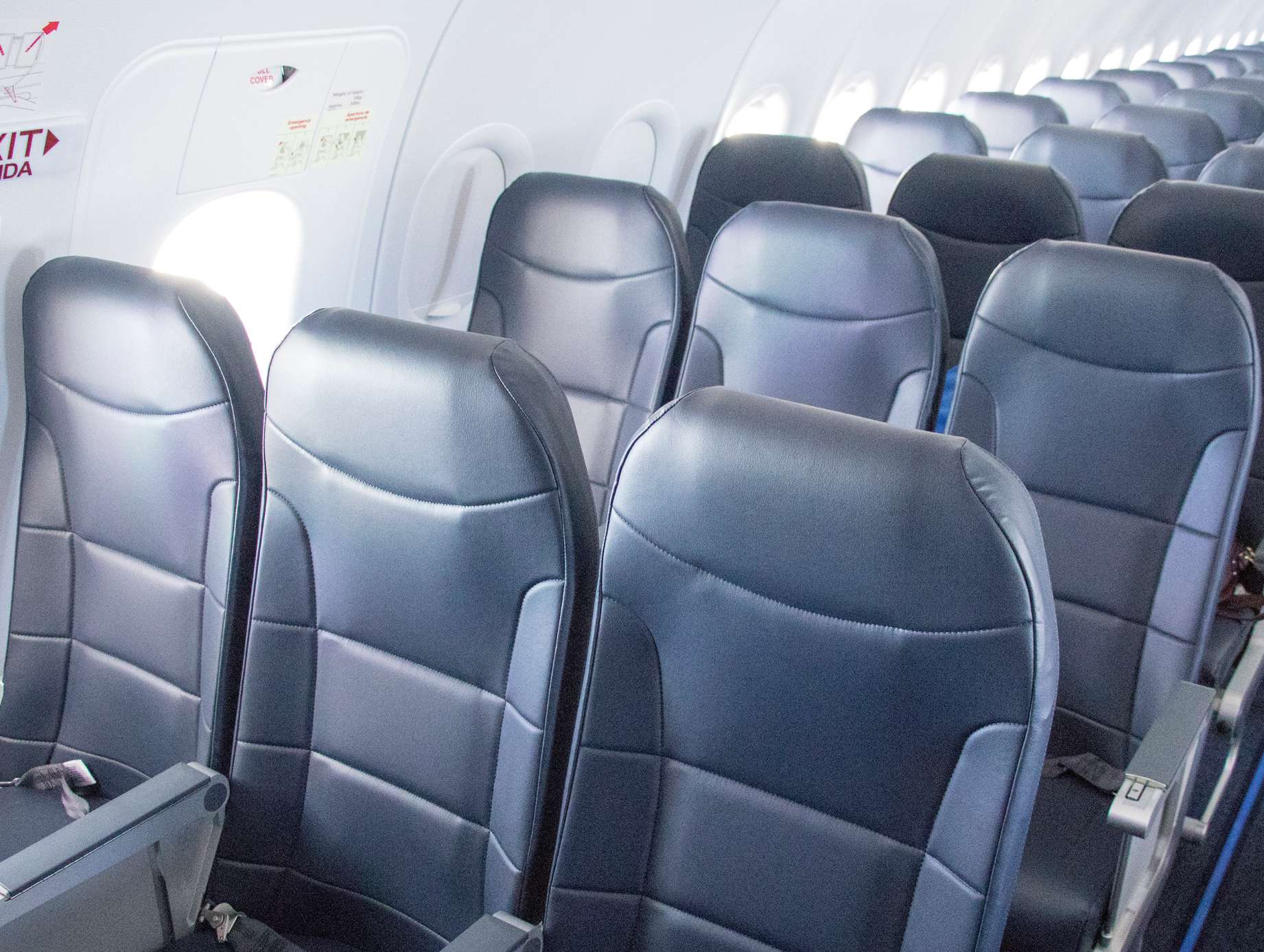 Acro Aircraft Seating are pleased to announce that following the successful completion of a ‘Series 3 Superlight ST’ slim-line Economy Class seat linefit development programme for Allegiant Air, shipset delivery has commenced to Hamburg, Germany. The contract consists of twelve Airbus A320 200’s, ten are scheduled for delivery during 2017 and the remaining two in 2018. Since 2013, Acro have retrofitted over forty A319s/A320s for Allegiant Air with a further four on order for 2017.

“We have been extremely happy with Acro Aircraft Seating in our fleet.  For years, Acro has been a trusted and reliable partner, providing a high-quality product.”

This announcement follows an agreement with Airbus during January 2017, for Acro products to be included in their BFE (Buyer Furnished Equipment) Catalogue. Acro’s ‘Series 3 Superlight ST’ which will feature initially in the Airbus catalogue, exemplifies the fundamental design principles of comfort and simplicity.

At 63 parts per triple, it offers unrivalled reliability and ownership costs, combined with all the legroom advantages of the monospar chassis it shares with other Acro seat types. The mini tray table with its unique “latch less latch” is perfectly designed to support a tablet computer and be reliable for the entire life of the seat. Inclusion of Acro’s new Series 6 will follow, pending delivery of the first shipset during Q3 2017.

“We are delighted to continue our partnership with Allegiant Air. We have worked hard to grow Acro by investing in our staff, product innovation and supporting infrastructure, this is also our second linefit for a US customer. Our established offices in both Miami and Kuala Lumpur enable us to be closer to our customers, address growth demand in North America and Asia and help pursue our vision of perfect comfort for passengers.”